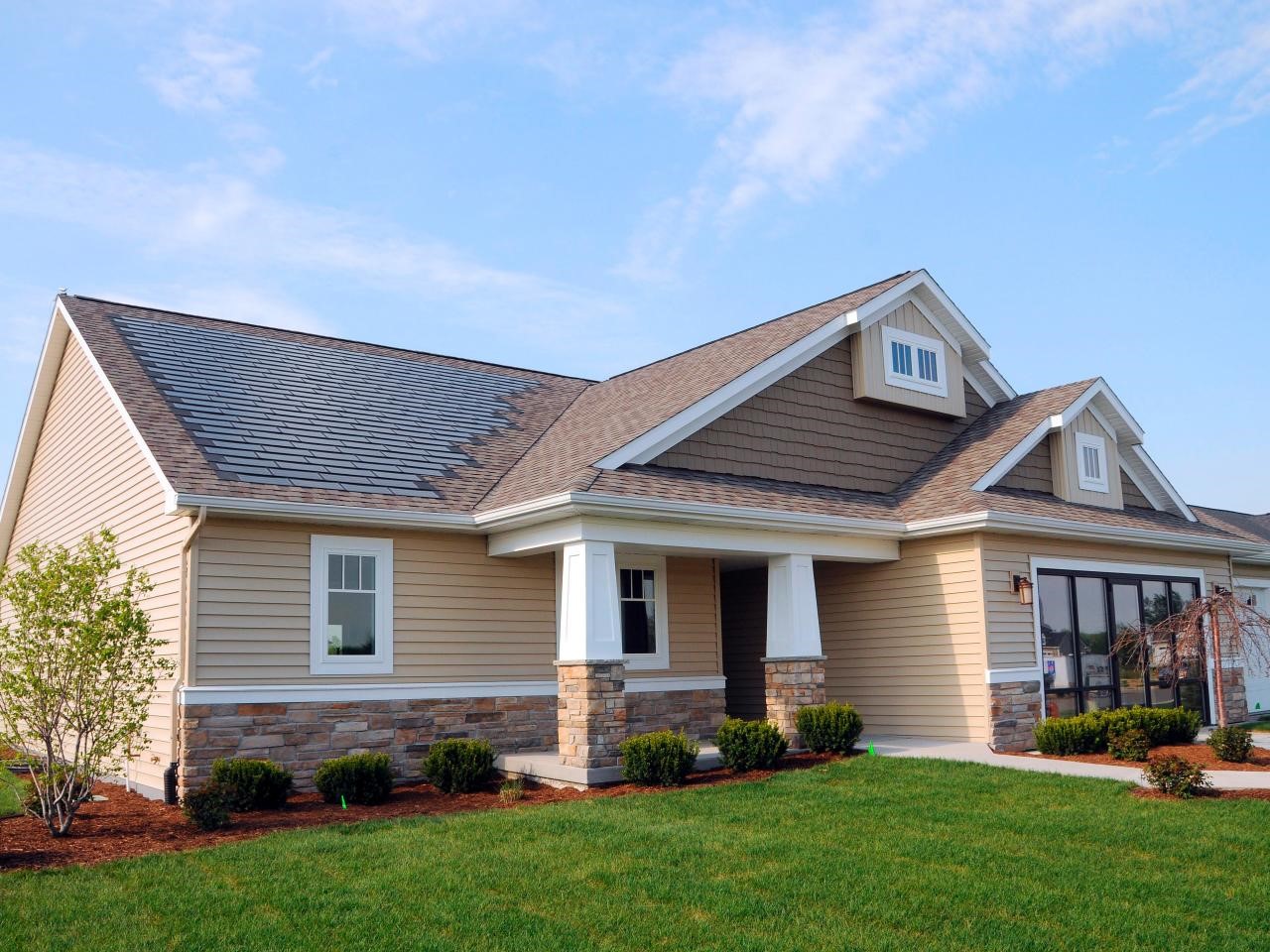 All solar power systems, whether you go with PV panels, BIPV solar shingles, or laminates, are installed to face the sun, and then connected to an inverter by a licensed electrician during the installation. — This way, the Direct Current (DC) electricity generated by the photo-voltaic cells can be converted to Alternating Current (AC) in order to be used domestically or sold back to the grid.

Yes, you can actually sell excess solar-generated electricity back to the grid. In fact, local electric utilities are often required by local laws to buy your excess electricity at pre-set rates. You can also get some pretty good tax credit benefits at the end of the year for the installation of a PV solar power system. Be sure to check your state’s and federal rebates and talk to your tax accountant to see if this might be a worthwhile pursuit for you.

How Does a BIPV Solar Shingle System Work?

The Dow Powerhouse shingle system contained three parts. These included a variety of PV shingles, an inverter, and a monitoring system. In the end, Dow had invested $100 million into advancing solar tile technology, in addition to the initial investment of $20 million by the Department of Energy in 2007.

In 2011, solar power shingles were released by Dow Chemical Co., which offered a compelling alternative to traditional “bolt-on” PV solar panels. These PowerHouse solar shingles from Dow would make up a fully-integrated solar roof, with no additional paneling or roof penetrations (holes) required!

Such a solar roof could be quickly installed by professional installers. Unlike the traditional combination of PV solar panels installed on top of an existing roof, the new system would not require any penetrations to the roof. It enabled homeowners to have an innovative, power-generating roof that was not only structurally sound, but would also pay for itself! However, after just five short years, Dow has announced that they will stop the production of their innovative PowerHouse solar shingles.

Dow failed to market the effectiveness, feasibility, and overall benefits of building integrated solar panels as part of the overall roof design. The simplicity of installation and superior longevity of BIPV roof vs. traditional asphalt shingles roof with solar panels is the overall key to selling these roofing systems that provide additional energy for home usage for less.

The overall savings over the life of the product would pay for itself. However, the initial cost of Dow’s offering was high, while the power generating effectiveness of their solar shingles wasn’t on par with the latest PV solar panels. 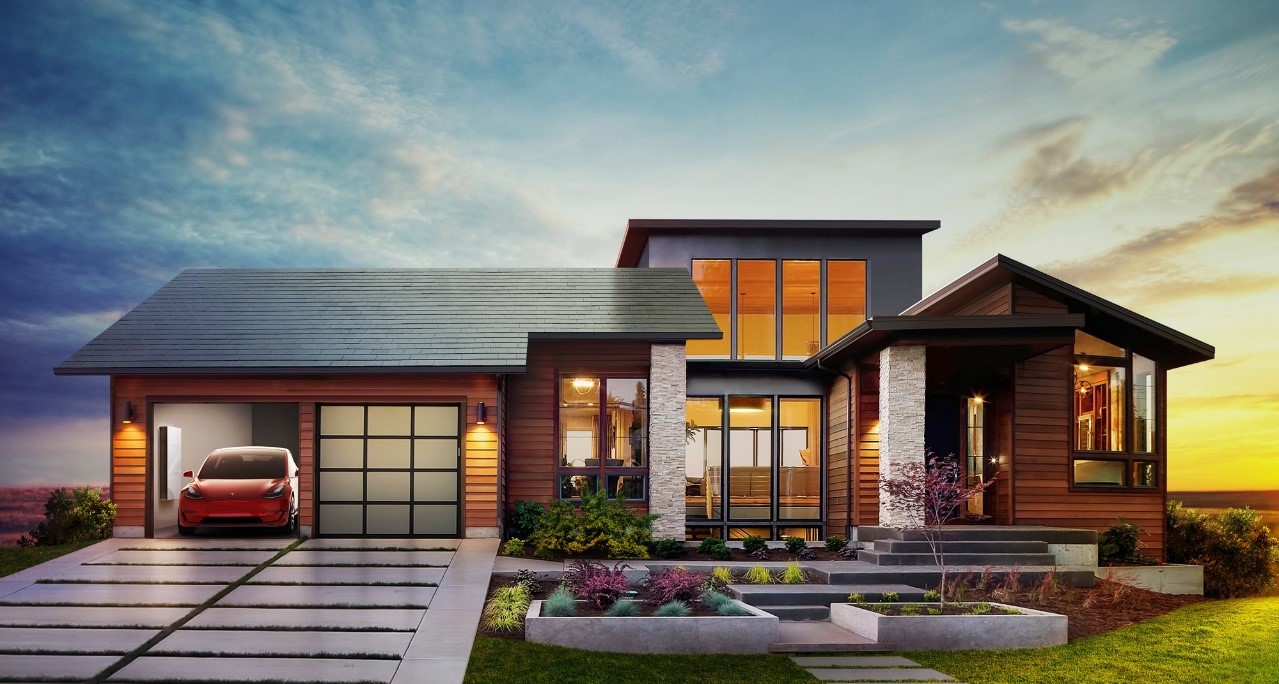 SolarCity’s chairman and Tesla’s CEO, Elon Musk announced a push to introduce “his” version of building integrated photovoltaic solar roof, as opposed to solar paneling or solar modules — all in an effort to provide a solar power system alternative to households that don’t want the traditional eye-soar paneling on their roofs.

With the vacuum created by Dow’s recent exit, there is now an opportunity to offer a more attractive, albeit a fairly-costly, solar roof to homeowners who are interested in the idea of “going solar”, but haven’t yet pulled the trigger on adding freestanding solar paneling to their roofs.

The new solar roof from Tesla will be fully-integrated with the overall roof design — meaning that it will be the actual roof in its own right in contrast to SolarCity’s current offering.

Why would Musk even bother with BIPV Solar Shingles?

First of all, it’s not uncommon for first movers to fail in the market, while paving the road for those who are patiently waiting on the sidelines. — think Dow’s PowerHouse Shingles paving the road for Tesla Solar Roof. With the improved power-generating effectiveness of their solar shingles and tiles, coupled with Tesla’s power storage battery, we now have a compelling, market-ready solar roof for millions of homes. 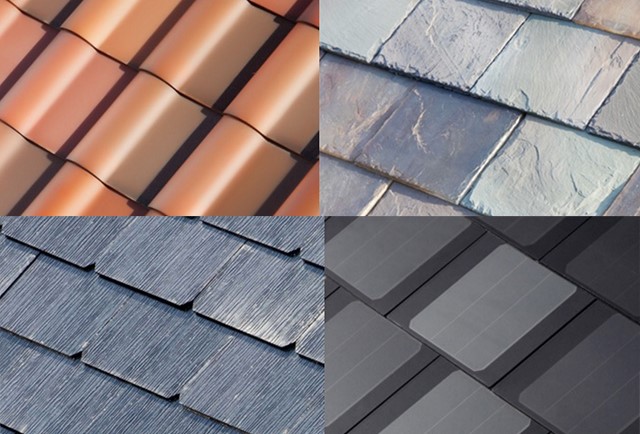 The main idea is that the new solar system will be the actual roof in its own right, rather than just having a bunch of panels bolted onto a roof. Musk’s drive comes from the fact that over 5 million roofs are replaced each year in the United States.

The module units need to be removed from the roof to install the new roof. This proves to be a perfect time for the new solar roofing to be installed. That way homeowners can replace their roofs with an option that has solar capabilities. The new design will look cleaner and more appealing and natural.

With Tesla and SolarCity’s proposed merger, there is now likely going to be a new building-integrated PV solar system that could rival the former initiative. Dow recently acquired Dow Corning and decided to re-evaluate their success in the industry and decided to shift their focus.

The decision made by Dow regarding the incorporation of solar modules into construction materials shows the realities of surviving in this market.

Challenges exist when working to incorporate solar technology into construction materials such as roofing shingles, because they are usually less effective than the traditional photovoltaic solar panels.

This can make them more difficult to sell, because they only offer a cosmetically and structurally (no holes in your roof) more appealing solution, but such a system is still less effective in terms of energy generation ROI.

Dow knew they needed to increase the overall amount of electricity generated by their solar shingles, while also creating a more appealing product that is easy to install.

What Will Elon Musk do differently?

Musk is making a bet on the fact that Dow may have missed a huge market. Dow Chemical may have underestimated an obvious fact that it’s hardly feasible for the industry to continue to rely on the outdated modus-operande of continuing to install the “old-school” or traditional PV solar panels on a roof that is going to be replaced sooner or later.

After all, asphalt shingles, a traditional roofing system often used to mount PV solar panels on, has a limited lifespan, by design, coupled with the effects of inevitable roof penetrations necessary for the installation of PV solar modules the old school way.

Tesla is planning to capitalize on homeowners who are in the process of replacing their old roofs. It’s a large market segment that is currently not being fully addressed.

The Birth and Resurgence of fully-integrated Solar Roofs by Tesla

The birth of BIPV solar roofs, whether PV solar shingles or BIPV building-integrated photovoltaics, is not expected to hurt SolarCity’s current sales, because the aim is to provide a viable alternative to homeowners who are wary of traditional crystalline PV solar panels. The industry is changing and some homeowners no longer want to have large, heavy and bulky panels mounted on their roofs.

The bet is that Tesla’s new solar tiles will appeal to an additional 30-40% of the homeowners that would have passed on solar panels, previously.

By capitalizing on continuously-strong demand for roof replacements or new roof construction in residential market, SolarCity can help the consumer save on energy costs for the life of their home. The main idea is to incorporate Tesla’s integrated battery technology for storing power with SolarCity’s appealing solar roofs.

What can we learn from Dow’s Failure?

Because Dow failed to truly disrupt the green building industry with their BIPV solar shingles, it is clear that Musk will not only have to increase the overall aesthetic appeal and structural benefits of the new BIPV solar roofs, but also find a way to increase the overall power storage capabilities over traditional PV models. His idea is to create roofing materials that generate solar power, instead of choosing the aftermarket units that attach to them.

The idea is not completely new. However, Musk’s approach may be. The focus will not be based on every homeowner, but concentrated on those who are already planning to replace their roof anyways. The idea is that they can integrate these solar power collecting units as roofing materials, and this will satisfy a dual-need. They will not only receive the new roof but also have a way to gather and store solar power and lower energy costs.

Further, Musk plans to integrate Tesla’s ability to transform the battery storage aspect with the solar roofing to capitalize on the market and create an appealing option for green housing solutions. The idea is to create a beautiful roofing solution that also collects and stores solar energy to power your home.

Many solar shingle roofing manufacturers have failed in the past. However, Musk hopes that the Tesla solar roof’s looks and improved efficiency over its rivals will allow him to prevail in this tough market.

Musk is hoping to capture the homeowners who don’t like the looks of conventional solar paneling on their roofs, and those that are afraid of offending their neighborhood homeowner’s association.

Thus, Musk is betting on Tesla to do for solar roofing what they did for powerhouse stations. The Tesla look may transform the standard, aluminum-framed panels with its sleek-looking solar shingle and tile roofs, coupled with Tesla power storage battery.

The new technology will not be cheap for early adopters, but as economies of scale kick in, the costs will likely go down the same way they went down for the PV solar panels.

One Reply to “Tesla Solar Roof Vs. Apollo and Dow Solar Shingles”